Share a memory
Obituary & Services
Tribute Wall
Read more about the life story of Owen "Jake" and share your memory.

Owen "Jake"  J. Williams, 89, of Clinton and formerly of Southborough and Marlborough died unexpectedly but peacefully at home surrounded by his family on Sunday, September 20, 2020.  He was the husband of Josephine F. (Misener) Williams for the past 64 years. He was born, raised, and educated in Frackville, PA, the son of the late Owen G. Williams and Hazel I. (Amour) Williams, and was a graduate of Frackville High School Class of 1948. He moved to New York City and from there to Southborough, where he met Josephine. Owen was a United States Marine Corps veteran of the Korean War. Following an honorable discharge, he worked as a foreman at General Motors in Framingham, retiring in 1988 due to the plant’s closure. He went on to become a Facilities Manager at Farrell Volvo in Southborough where he worked for 25 years, retiring at the age of 82. Owen was a big fan of NASCAR but also liked watching the Patriots and the Red Sox. Over the years, Owen enjoyed model trains, woodworking, camping, snowmobiling, bowling, and caring for the family pets, but he especially loved vacationing with his family in Hampton Beach, Aruba, and most recently, Ogunquit. Owen was truly a “jack of all trades” and a quiet man with a quick wit who was liked by everyone he met.

Besides his wife Josephine, he leaves two daughters, Beth A. Williams and her husband Neil Maloney of Marlborough, and Karen M. Reed and her fiance Michael T. Stanton of Clinton; a brother, James Williams of New Jersey; three sisters, Shirley Demerest of Pennsylvania, Gail Pescino of Florida, and Judy Tompkins of New Jersey; two grandchildren, Natalie B. Gorczynski and her husband Tom of Peabody, and Jake J. Reed of Northborough; and a great grandson, Lukas Owen Gorczynski of Peabody. He was the brother of the late Ron Williams of California who died in 1989 and the grandfather of Stephanie A. Williams of Marlborough who died in 2014.

A graveside service with military honors will be held on Tuesday, September 29, at 1:00 p.m. in Evergreen Cemetery, Wilson Street, Marlborough. There are no calling hours. All are invited to sign Owen's online guestbook at www.CollinsFuneral.com. Funeral arrangements are under the direction of the Collins Funeral Home, 378 Lincoln Street, Marlborough. 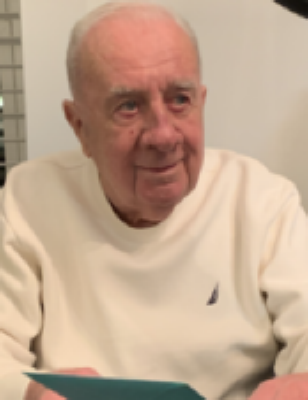