Share a memory
Obituary & Services
Tribute Wall
Read more about the life story of Barbara and share your memory.

Marlborough- Barbara A. (Reilly)  (Pazzanese) Mackiewicz, 85, of Marlborough passed away Friday January 20, 2023 at MetroWest Medical Center in Framingham.  She was the wife of the late Victor Mackiewicz. She was born and raised in Waltham, the daughter of the late James and Marie (McDonald) Reilly and was a graduate of  St. Mary’s High School of Waltham MA. After completing high school Barbara went on to receive formal executive assistant training and joined the workforce as a secretary for many years. Barbara changed professions after becoming a mother and worked for Edinboro Flower Shop as a florist for 25 years.

This job at the flower shop is where Barbara found a passion for creating. Even after leaving the shop she continued to make floral arrangements for friends and family. She continued creating even when she entered St. Patrick’s Manor for her final years. Barbara quickly became known as the flower lady and helped to make beautiful arrangements for holiday dinners at the manor. Aside from creating beautiful arrangements she also enjoyed growing her own flowers, decorating her spaces, bird watching and spending time at the beach.

She is survived by her son Frank Pazzanese and his wife Elizabeth of Athens, Ohio; two daughters, Susan and her husband Steven Baccari of Medford, Massachusetts and Jacqueline Baker of Ponce Inlet, Florida. She also leaves behind a loving brother David Reilly and his wife Laurel of Newton, Massachusetts; and her sister Maureen Casperowitz of Framingham, Massachusetts; and four grandchildren, Jessica, John, Samantha and Ava as well as several nieces and nephews.

A funeral service will be held Saturday January 28 at 9:00 A.M. in the Collins Funeral Home, 378 Lincoln Street, Marlborough MA.  A time of visitation will be held Saturday prior to the service from 8:30-9:00 AM in the funeral home.  Burial will follow in Evergreen Cemetery, Wilson Street, Marlborough. The family invites all who knew Barbara to please join them for this remembrance ceremony being held for her. As Barbara had a deep love of flowers the family is also welcoming any and all floral arrangements people would like to send to the funeral home. 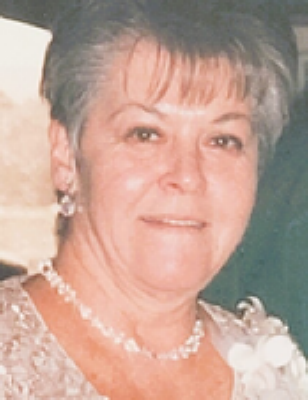